I received this in the post this morning (or rather, I was supposed to, but had to go to my nearest Apple retail store to pick one up instead): 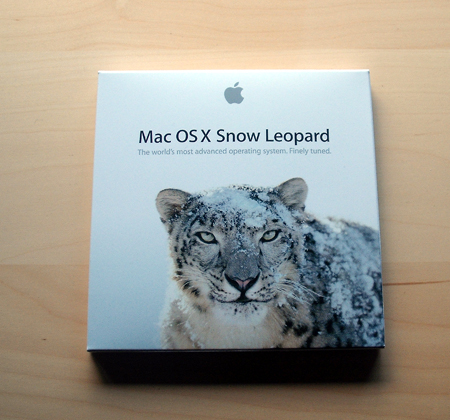 Whilst the packaging for Apple’s latest major OS release, Snow Leopard, is certainly (without taking words from Steve’s mouth) “gorgeous”, their software distribution model is somewhat unique, since they only sell boxed copies of their software, and do not distribute digitally, like so many other software companies do.

Whilst alone in their chosen model for software distribution, they are certainly not alone in distributing boxed software. I also recently (belatedly) purchased a copy of Visual Studio 2008 Pro, which came enclosed in one of Microsoft’s hallmark Vista-era boxes: 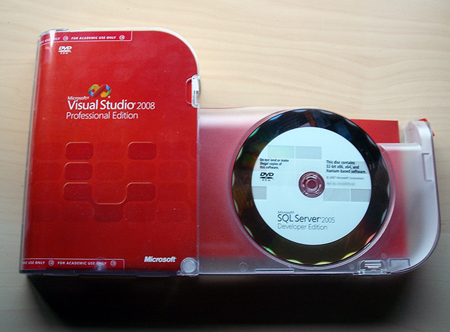 In addition to this, Amazon lists almost 65,000 products in their Software department, most (if not all) of which come as boxed copies.

Conversely, a large proportion of software is distributed solely through digital means – with a large proportion of the population (certainly in the Western World) having a fast Internet connection, this has only sparked the digital channel of distribution. This is especially prevalent with smaller software companies (of which there are many) whose volume of sales is simply not enough to justify selling their software in physical packaging. And let’s face it, digital copies of software are a much better, more efficient way of selling software: 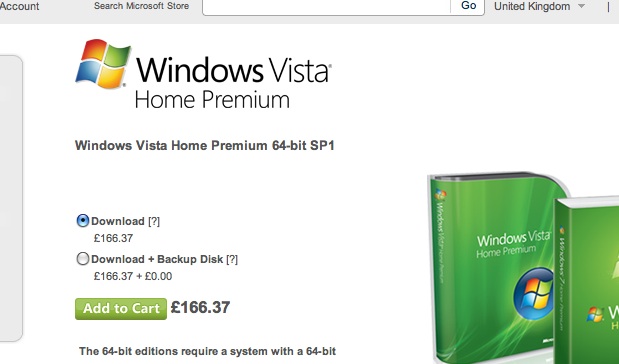 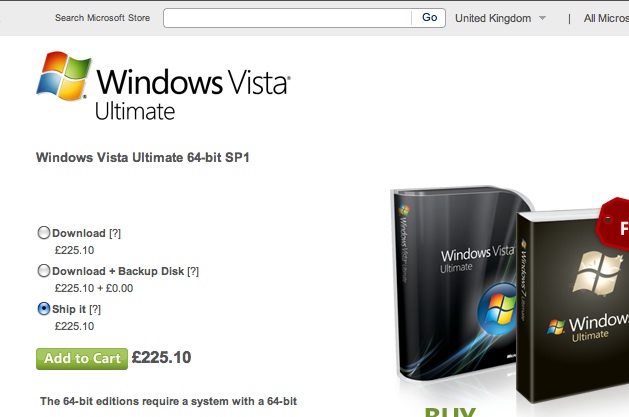 But is software packaging dead?

With Apple offering only boxed versions of their software, and news that Microsoft is set to open retail stores in the coming months, it is unclear whether boxed distribution of software is making a stand against its digital counterpart, or whether is it simply a novelty for those companies at the top who have the resources to put into distribution through these means.

Of course, the boxed versions are a great marketing ploy – people like to see something that can be seen, rather than simply the knowledge of a digital product – and plays into the hands of the fanatics (especially with Apple, who have a firm emphasis on user experience and design); after all, having something like this: 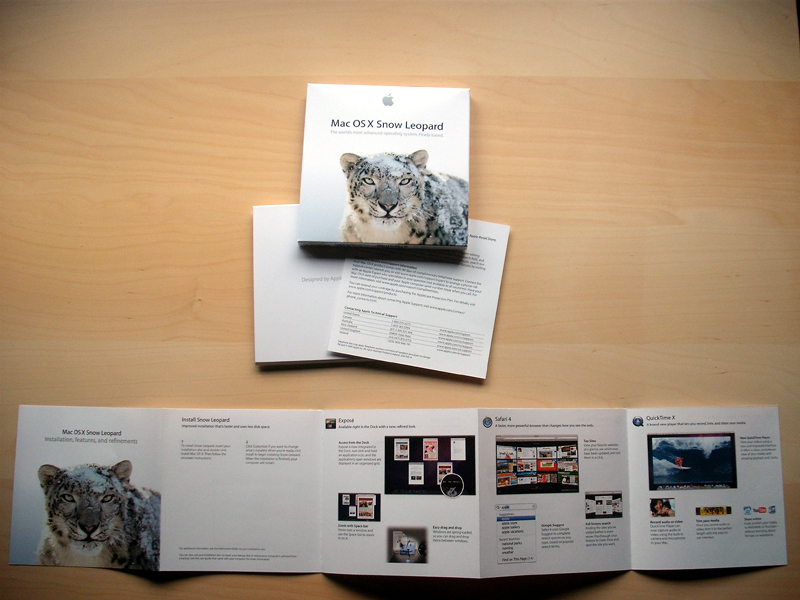 Is more visually appealing than a progress bar and a disk image being stuffed onto an already-overflowing desktop. And boxed software does have its advantages:

It seems that – certainly for the moment – boxed software is here to stay. Although often a more convenient and more immediate distribution method for software, digital copies of software just don’t cut it for some people. However, with the emergence of software marketplaces such as the iPhone App Store, and an increasing prevalence of fast download speeds for consumers, it seems that the common model for software distribution shall be – and is even now – shifting towards digital means.