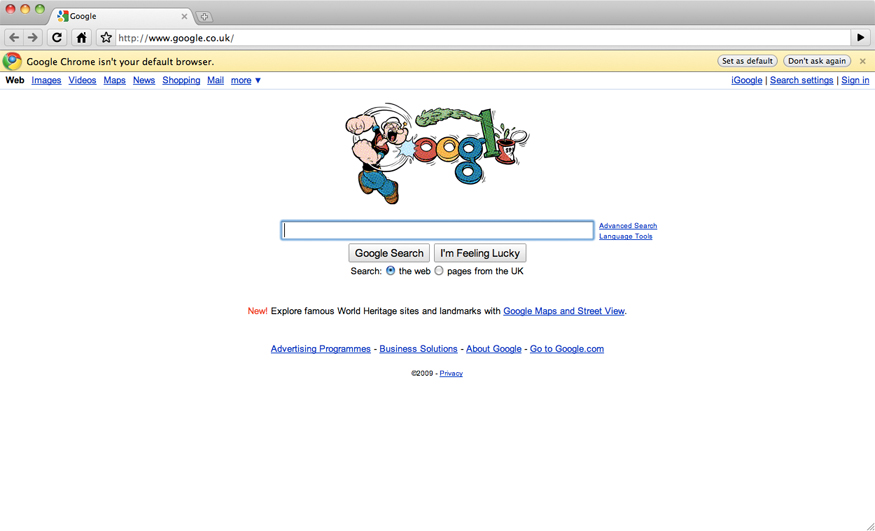 After downloading the new Chrome beta for Mac OS X the first thing that struck me was how well it blended into the native Mac UI. The window takes on the standard OS X window appearance whilst working into it with the tabs which are built into the title bar. This wasn’t simply a port of the Windows version, it’s evident that time and effort has gone into making the app as Mac OS-native as possible, with the Preferences window and the keyboard shortcuts and so forth.

But the truth is that many software developers think they can invent a better UI than already exists.

One of the worst applications for OS X in terms of UI that I’ve come across recently has been the Paragon Talking Concise Oxford English Dictionary and Thesaurus. Reviewed by Mac Format, the actual functionality of the app seemed to be fairly average. But worse still, as concluded in the final rating was the “often awkward interface”. I don’t know about awkward, but I’d also add in damn-right ugly: 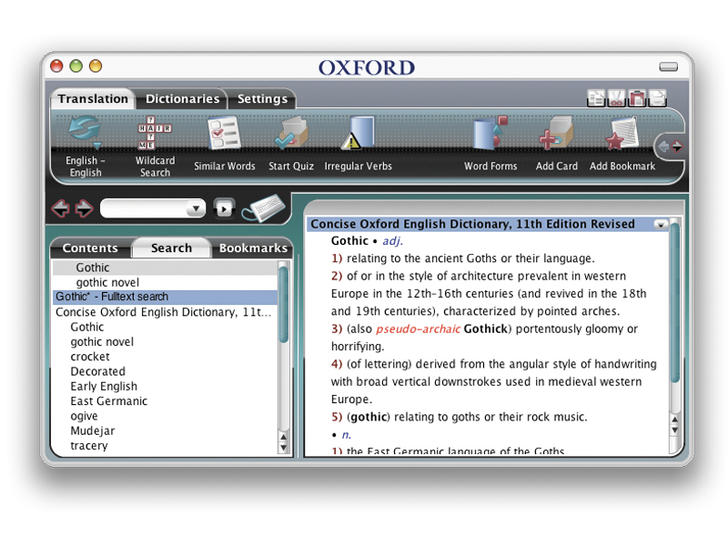 What I don’t understand is why the developers did this – what was so bad about the native OS X UI? It’s the classic example of reinventing the wheel when it didn’t need it, but which in this case was damaging since the reinvented UI looks pretty grim.

Especially if you’re porting your application, don’t make your application look identical on multiple platforms. Take the time to port it to the platform so that it fits in with that platform’s appearance and behaviour.

Creating your own UI or using that of another platform can distract users away from the actual functionality of the app because it looks alien compared to other applications on the platform; if it is behaviourally different then this also makes the app harder to use because then they have to deal with behaviours that they’re not used to.

If you want some custom control, then build into the existing UI and make it fit in.

Otherwise, the learning curve of using the new UI – which comes as cliff-like – is the main learning focus rather than learning to use the actual functionality of the app, the functionality being the reason why people buy the app in the first place, right?